Muralidhar Pothupalem, a senior executive at a technology company and Salil Sethi ex-consultant and current technology entrepreneur conducted this session that students were really looking forward to. Artificial Intelligence isn’t a topic that students often discussed or really thought about; however, they learned during this session that in addition to AI surrounding them and playing a big role in their daily lives, it will drive a lot of change in the future.

Murali and Salil first took them through the everyday gadgets and experiences that have AI embeded in them. Students took turns talking to Siri and Alexa and it was quite funny when one of the insisted that Alexa marry him. Students were amazed that in order for Alexa to turn on as soon as it hears its name being pronounced by a human, its creators had to record hundreds of hours of different people saying those three syllables.

Students then played with Human vs. Paper Computer Tic tac toe where one person just follows a set of instructions on a piece of paper. They then played Tic Tac Toe on Menace, where the program learns over time how to play the game better. This was a great illustration for students to understand the different forms of AI and was their introduction Machine Learning.

Students played around with Google Lens that recognizes everyday objects in real life, played online with google draw that recognizes drawings of everyday objects, and then on Mitsuku, an online chatbot. Salil then explained to students about the importance of data in AI and how millions of hours of voice recording and drawings are collected and analyzed for these programs to work. Students then created a flowchart of what it would take to take for an AI controlled security system to work either in a school or a residential building.

Our guest then launched a group conversation about the possible dangers it could lead to. He asked them if they believed it could become dangerous and replace mankind, as science-fiction novels and movies often portray it, or if they thought it could be helpful. Students found this topic fun to discuss, and enjoyed bringing in titles of sci-fi movies they liked into the conversation. 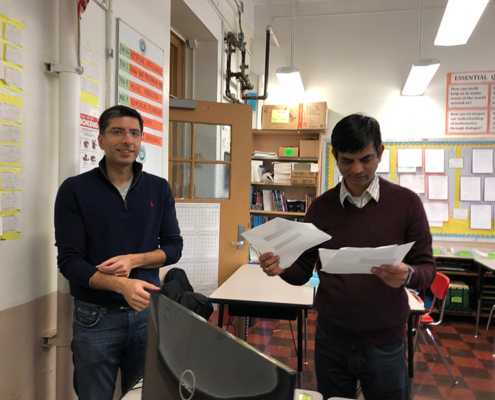 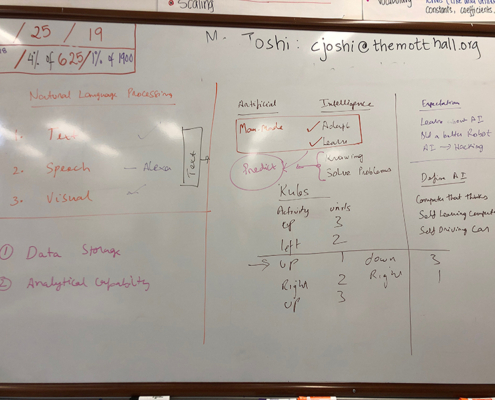 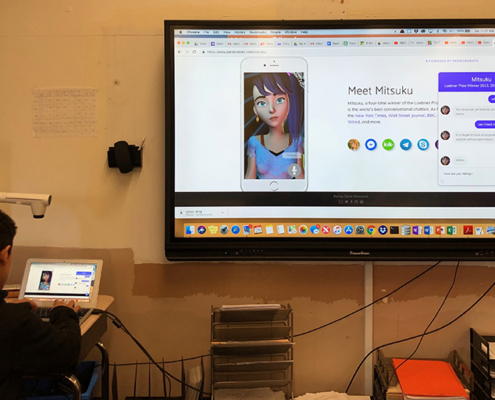