During this exciting and fun-filled hands-on session that involved tearing open diapers and making water-proof paper towels, students were guided by scientist Atri Rungta in doing experiments to understand POLYMERS.

After taking the kids through his passion for chemistry that led to his scientific career, Atri introduced the students to the chemistry of polymers through videos and discussions. Once they all had a basic understanding about these molecules, our guest divided the students into groups to lead experiments that would demonstrate the role polymers play in their daily lives.

In the first experiment, students opened up several diapers to collect the SAP (super absorbent polymer) powder that is embedded in the layers of cotton. As they started mixing water with this powder, they were surprised that a teaspoon of power could took way more than they had estimated – 500 times its weight in water! Students mixed several colors in this mixture to create rainbow colored slushies. Atri then introduced students to Teflon liquid and how it can be used on buildings to make them waterproof and resistant to grime. They actually managed to create a waterproof paper towel using this liquid – each student proudly took home their paper towel to trick their parents!

The big take-away from this session for students was that Chemistry can be FUN and that there is chemistry involved in every object that you handle every day, every minute. Students left the session inspired to try out experiments on their own at home. 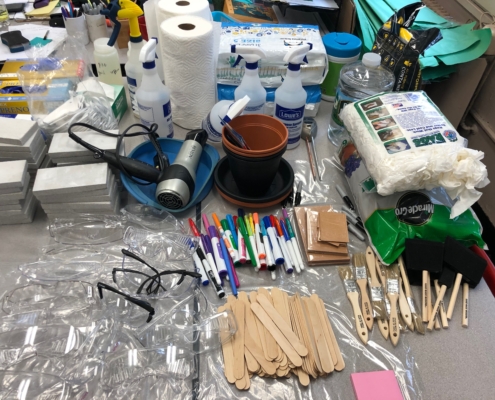 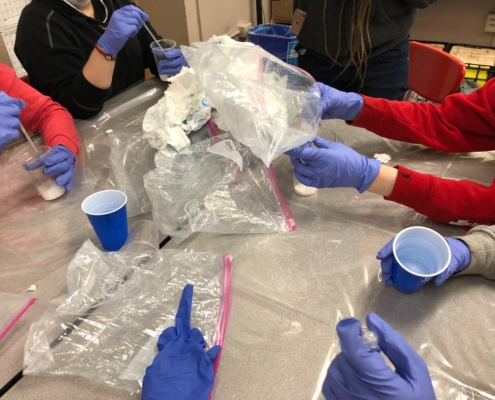 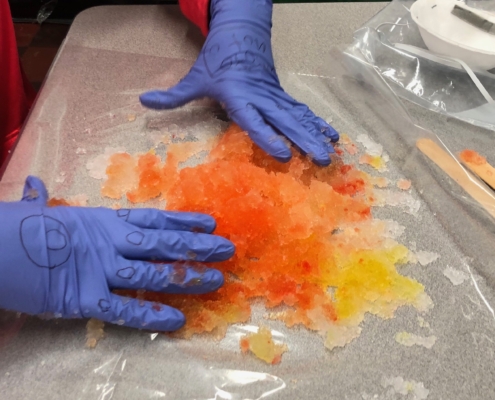 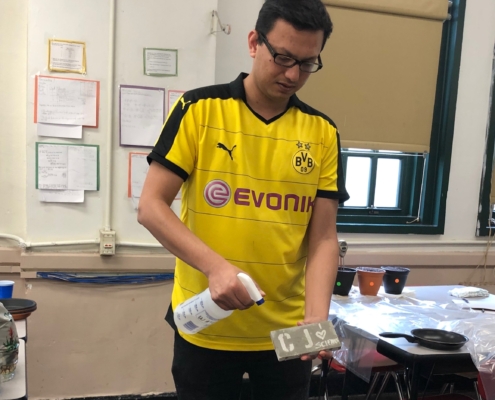