Anitha Srinivasan and Monty, surgeons at The Metropolitan Hospital, led this sessions where students got hands-on experience in suturing chicken, and working on a laparoscopy kit.

Anitha started the session with describing how rewarding her job was in being able to change people’s lives and the challenges of holding people’s fates between her hands, and the extremely tiring long days.

Students then got donned the surgery garb – scrubs and gloves. They took turns working at three stations. Students learned how to tie different kinds of knots using the suturing board. While some were flummoxed by the procedure, others were really adept at it. There was a big demand to work on the next station – and that was suturing actual chicken breasts. After Monty demonstrated to the group, each student got to work on their suturing skills. There was one student who refused to take a break and very proudly produced a beautifully sutured chicken!!

The laparoscopy kits looked pretty benign – it was just a matter of using some tongs to move blocks from one peg to another. Except that it was terribly difficult since you could see the blocks only a large screen. Students got a taste of how tough it is to coordinate the hand eye movements.

Anitha and Monty interspersed these activities with videos on the history of surgery, the role of different members in a surgery team, and an actual gall bladder surgery.

Students were really excited about spending half a day as a surgeon. But more than that, Anitha and Monty managed to communicate to them that surgery is a combination of precision, quick decisions, hard work, thrill and above all, empathy. 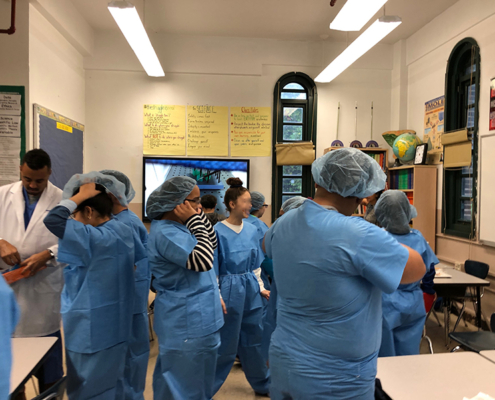 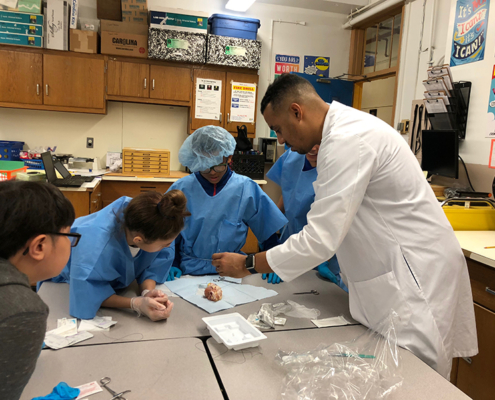 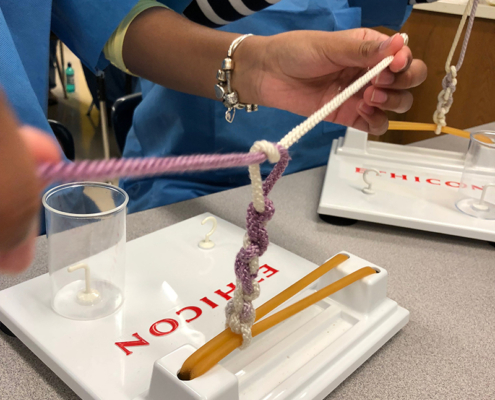 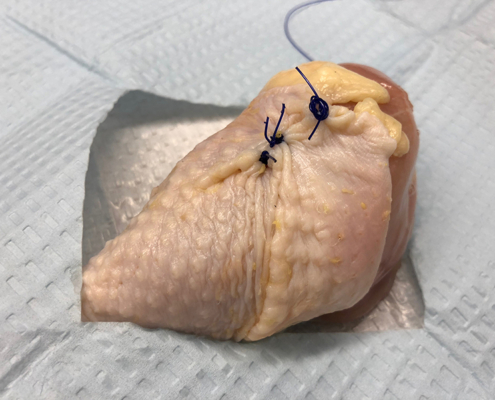 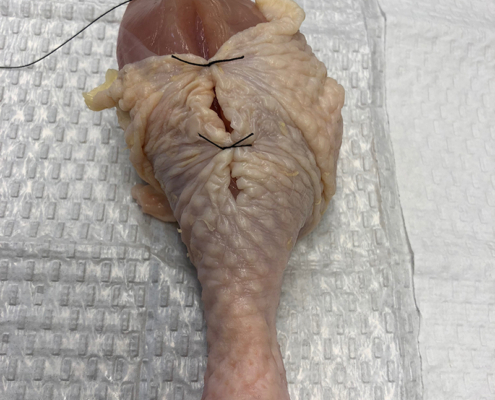 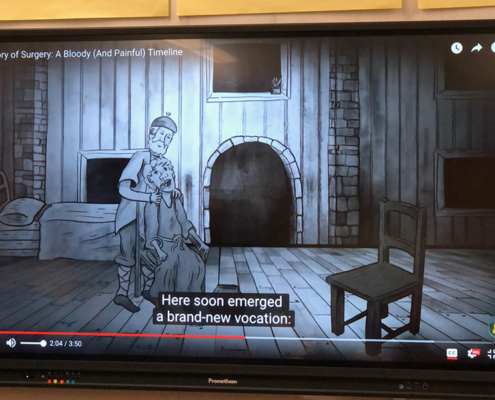 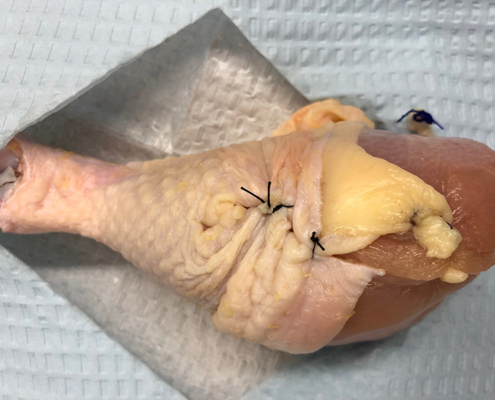 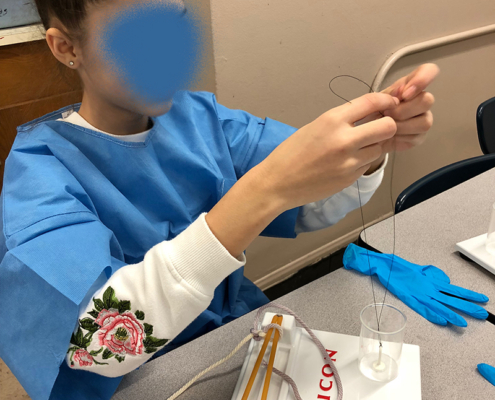